Skip to content
Home → Advocacy
More in this section

2016, SB23–Independent Dispensing by a Pharmacist of an Opioid Overdose Drug–Effective 11/26/16

AKPhA received tremendous support from Senator Cathy Giessel, who sponsored this bill, and from many other legislators.  AKPhA also thanks our legislative committee, Co-Chaired by Barry Christensen and Dirk White, and our Lobbyist, Caren Robinson, for their tireless efforts and dedication in moving this bill forward.  http://www.akleg.gov/basis/get_complete_bill.asp?session=29&bill=SB71 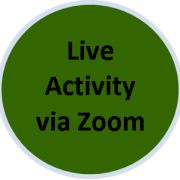