Several members were selected for awards during the Alaska Pharmacists Association February Annual Convention in Anchorage: 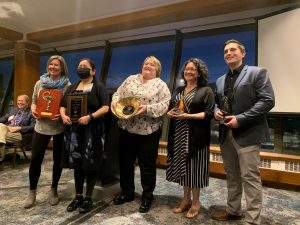 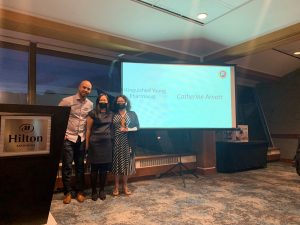 Catherine Arnatt, an integrated clinical pharmacist with Southcentral Foundation, received the Distinguished Young Pharmacist Award.  This award is presented by Pharmacists Mutual to a pharmacist who received an entry-degree in pharmacy less than ten years ago in retail, institutional, managed care or consulting pharmacy, and who has actively participated in national pharmacy associations, professional programs, state association activities and/or community service. 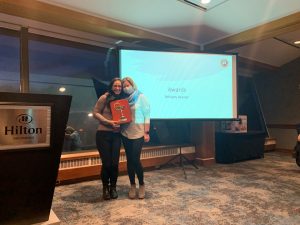 Kyla Newland, a pharmacist with Mountain Pacific, received the Bowl of Hygeia Award.  This award, sponsored by the APhA Foundation and the National Alliance of State Pharmacy Associations with support from Boehringer-Ingelheim, is presented to a pharmacist who has compiled an outstanding record of community service and civic leadership, which, apart from his specific identification as a pharmacist, reflects well on the profession. 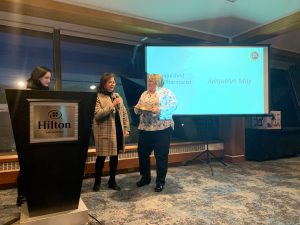 Jacquelyn May, a pharmacist with Bernie’s Pharmacy, received the Distinguished Alaskan Pharmacist Award.  This award recognizes a pharmacist who has worked in Alaska for over ten years, devoted their career to supporting the profession of pharmacy and the community in which they live, and served as a role model for younger pharmacists. 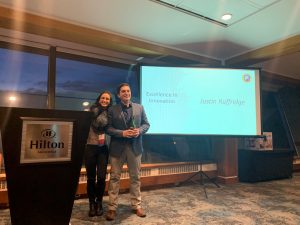 Justin Ruffridge, Director of Pharmacy Operations at Inlet Pharmacy Group and Chair of the Alaska Board of Pharmacy, received the Excellence in Innovation Award. This award, coordinated by the National Alliance of State Pharmacy Associations and sponsored by Upsher-Smith Laboratories, Inc., recognizes pharmacists who meet the challenge of providing quality, cost-effective care in a rapidly changing health care environment with creative new solutions. 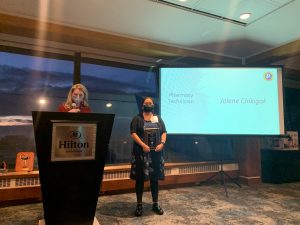 Jolene Chikigak, a pharmacy compliance technician, received the Pharmacy Technician Award. This award was created in 2001 and is sponsored and presented by the Alaska Pharmacists Association to a pharmacy technician currently employed in a pharmacy in Alaska who has demonstrated outstanding service.

View archive of past award winners. 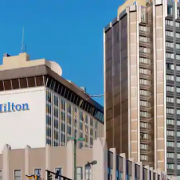